This is the story of an actor who destroyed his hair to play a role and then restored it to majestic glory, placing him on the front cover of GQ magazine. What happened? How did he do this? Let’s explore.

Firstly, the movie Rocketman is a wonderful motion picture. NME awarded it 10/10 while the harsh critics of Rotten Tomatoes put up a generous 88%. Most of the people who expressed their adoration for the movie, spoke about the magnificent portrayal of Elton John by the Merseyside-born Taron Egerton. As well as his notable acting, there are deserved plaudits for his physical transformation. He (and of course, the hair and make up team) pulled off a phenomenally accurate depiction of the British pop star. 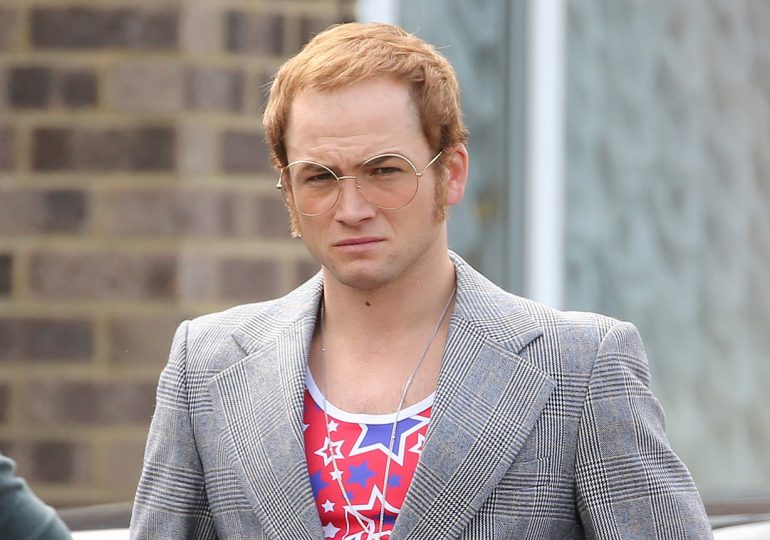 The main objective was to get the over-thinned, receding effect without using prosthetics. Taron refused to use prosthetics, preferring to be the real deal and use his own hair. To do so, the stylist would have had to thin the hair on top carefully by employing shears or a razor. Then, deliberately they would have thinned the hair too much to make it look as though Taron was balding.

Voila! But then, Taron immediately wanted to transform back to his usual stylish self. So, how did the young actor go from bald and thinning to handsome and winning?

Where is Pall Mall Barbers NYC?

While others would be singing ‘don’t go shaving my head!’, Taron wasn’t messing around! He knew the meaning of sacrifice. Taron took no prisoners and shaved his entire head to create a blank canvas. Most people who have thinning hair will not be so bold, they would usually attend their barbers regularly to have their hair shaped and tidied, gradually restoring it. Shaving it all off and starting from scratch is certainly the more courageous option! 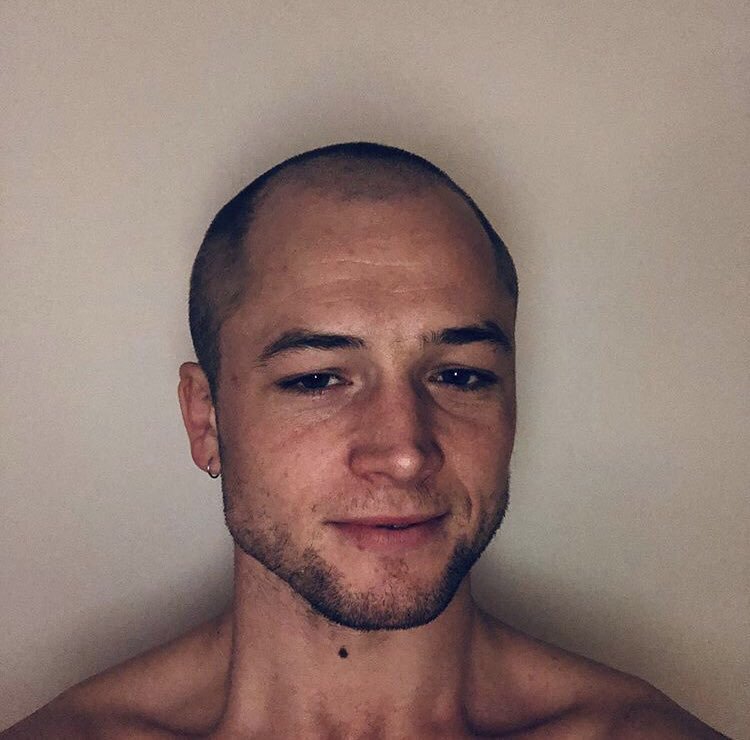 To counteract the dramatic change in his appearance which come from going bald, Taron decided to take time to cultivate some facial hair upon his countenance. In plainer terms, he grew a little beard because as you can see, even a touch of stubble makes all the difference to somebody’s appearance. Suddenly the smooth egg-like resemblance has become decorated with an interesting feature of fur. Balding men should grow beards to draw attention to their face – simple!

The movie business is all about the show. It’s paramount that an actor should create a spectacle whenever the lights are on them. Taron took this literally and adorned some glasses. This is a great addition because, whether they are sunglasses or actual prescription specs, they distract an onlooker’s eye from the blank baldness slightly north of the frames.

After taking those steps, Taron found himself with hair on his head which had been grown out gradually. There was no need to rush, panic or resort to chemicals because of the previous smart steps he took. He kept the back and sides short alongside a tidy neckline which is always a bonus. The magic of this is that by keeping the back, sides and neckline sharp and clean, you can allow the top of your head more time to be rough and grow how it naturally wants to. It won’t look unruly or distasteful because there is a party of pruning and a showcase of sharpness taking place elsewhere around the head and face.

Clever! Right? Now, he has a number 1 or 2 back and sides with it left smartly swept on one side on top. The length is fairly short and that handsome stubble is still standing.